Two thirds of large British businesses have experienced a cyber-attack or breach in the last 12 months, research has revealed. Findings from the Cyber Security Breaches Survey, undertaken by Ipsos Mori for the Government, show a quarter of large firms experiencing a cyber breach did so at least once a month.

Results from the survey have been released alongside the Government’s Cyber Governance Health Check, which was launched following the TalkTalk cyber-attack in October last year.

In light of the findings, businesses are now being urged to better protect themselves. Digital Economy Minister Ed Vaizey said: “The UK is a world-leading digital economy and this Government has made cyber security a top priority. 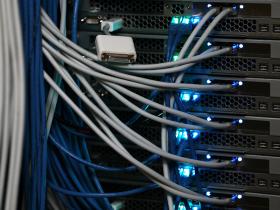 Why cyber criminals can get away with it

“Too many firms are losing money, data and consumer confidence with the vast number of cyber attacks. It’s absolutely crucial businesses are secure and can protect data. As a minimum, companies should take action by adopting the Cyber Essentials scheme which will help them protect themselves.”

Findings show that in some cases the cost of cyber breaches and attacks on businesses reached millions, and that almost half of the top FTSE 350 businesses regarded this as the biggest threat. It was also revealed that seven out of 10 attacks on all firms involved viruses, spyware or malware, and could have been prevented, while only a fifth of businesses have a clear view of the dangers of sharing information with third parties.

Over the next five years the Government has pledged to invest £1.9 billion to tackle and prevent the crime, as well as a new National Cyber Security Centre which will offer security support. A new national cyber security strategy will also be published later this year, setting out proposals to improve virtual safety across the Government, businesses and consumers.

Firms are also being encouraged to take action using the 10 Steps to Cyber Security which recommends measures such as malware protection, network security and monitoring.

If you want to talk about cyber-security and business continuity get in touch with us. We can help!